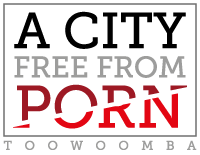 Resources for helping people who are struggling with Pornography

For the first time in history, a cinematic teaching series on sexual purity is here to help men get to the root of bondage, while offering proven principles and practical tools to conquer pornography and find freedom.

The Conquer Series, unrivalled in its scope and authority, is not about behaviour modification, but heart transformation. This life-changing, 5-week discipleship curriculum provides insights from top Christian leaders who lay out biblical strategies, scientific facts and teach men how to use God’s weapons to become conquerors. Each DVD is approximately 1-hour in length.

Wherever the Internet is regularly accessed around the globe, pornography is changing the way humanity views sex. The word porneia (πορνεύω) appears 26 times in the New Testament of the Bible and is the root of the English words “pornography” and “pornographic”. Finding out what God has to say about pornography is crucial for protecting our minds and homes from a perverse view of sex.

Drawing from the latest research from neuroscience, Brad Huddleston explains the effect that pornography has on the brain. Drawing from both brain science and the time-tested wisdom of the Bible, strategies are offered that will bring healing to those affected by the scourge of pornography.

The challenge every man faces…the fight every man can win!

From movies and television, to print media and the Internet, men are constantly faced with the assault of sensual images. It is impossible to avoid such temptations… but, thankfully, not impossible to confront them and gain
victory over them!

Millions have found Every Man’s Battle the single greatest resource for overcoming the struggle and remaining strong in the face of temptation. With extensive updates for a new generation, this phenomenal bestseller shares the stories of dozens who have escaped the trap of sexual immorality and presents a practical, detailed plan for any man who desires sexual integrity.

Includes a comprehensive workbook and a special section for women, designed to help them understand and support the men they love.

There’s a secret many men labour to conceal. It’s a secret that crosses all age, socioeconomic, and racial boundaries. It’s hiding an affair of the mind fuelled by pornography. It starts with a quiet compromise. Soon, the shame and fear of being discovered, and the possibility of losing everything including those they love, keep men from revealing their secret obsession. They’re trapped and feel powerless to escape.

After struggling with sexual temptation for years, author Jonathan Welton devoted himself to finding a way to be completely free from sexual sin. He read books, attended 12-step groups, and participated in counselling—with no success.

Spurred on by countless friends and acquaintances who shared a similar broken struggle and longed for freedom, the author searched Scripture—there he found the answer and shares it with you in a compassionate, nonjudgmental way.

Eyes of Honour helps you understand how to live a life of purity by realizing:

Eyes of Honour is honest and refreshing, offering hope and complete freedom and deliverance from sexual sin. Jesus’ sacrifice on the cross and your salvation guarantee rescue from the appetite of sin. Your true identity empowers you to stop agreeing with the lies of the enemy that ensnare you.

Developing and maintaining a healthy sexuality is every man’s battle. Valiant Man is about male sexual discipleship. This program with study and devotional guide is designed to fortify and restore the moral and spiritual integrity of men.

While some make informed decisions regarding some of these areas, other topics remain undiscussed. Often they are only joked about among young men. But poor decisions can bring the life of any young man unstuck. It can take years to recover ground and leave you burdened with lifelong consequences.
Men of Honour, encourages and inspires young men to take up the challenge to be honourable. Whether at school, in sport, at work or in relationships, we must develop our character to achieve success and experience the thrills life has on offer.

In college, at the height of my struggle, I reached out to a popular Christian purity speaker. I told her I struggled with pornography and asked if she knew of any resources. She responded in a letter and said, “There aren’t any resources… maybe you’ll be the first to provide those.”

For so long, Christians have looked at lust and pornography as ``men's`` issues. Statistics indicate that more and more women are struggling with this as well. What's it like to be a woman with this struggle in the church? How do you find freedom? How do you find healing? Can God still love you? Will He still use you? Christian writer and speaker, Jessica Harris, answers these questions by walking the reader through her own journey, from the rags of pornography to the riches of grace.

Sexual Sanity for Women guides participants to understand God's good design for sexuality, the underlying reasons they struggle with sexual brokenness, and how the grace and truth of Jesus Christ can be applied to their struggles. Change begins as deeper heart issues are uncovered, and women learn that they are well-loved daughters of God who will find healing and wholeness as they live out God's Word in their relationships.

This workbook of twenty lessons is ideal for a one-on-one mentoring, university students and women's groups.

``In our postfeminist, hypersexualised culture, women are confused about what the Bible teaches about sexuality. Sexual Sanity for Women is an eminently practical small group resource that will minister to women who are addicted to pornography, struggle with same-sex attraction, feel guilty from a lifestyle of promiscuity, have been sexually abused, or just need to understand what Christianity has to say about sexuality... A must-have resource for every women's ministry``.
- Melanie M. Cogdill, Managing Editor, Christian Research Journal

Assembling writers, advocates, and academics, this volume spotlights the sexualisation and objectification of girls and women in the media, popular culture, and society. From clothing and music to magazines and toys, this collection explores today’s advertising and merchandising techniques and the effects they have on the premature portrayal of girls as sexual beings. Arguing that the sexualisation of girls leads to self-destructive behaviors such as eating disorders and self-harm as well as to increased anxiety, depression, and low self-esteem, this account blames corporations, the media, and the sex industry. Informative and spirited, this record will interest critics of the “pornification” movement.

Not For Kids - Liz Walker

This children’s book offers gentle and insightful guidance and is a must have for parents and professionals to prepare kids under the age of 10 for the inevitable occasion of when they will see explicit imagery.

The Protect Young Minds™ SMART Plan Guide for Parents will prepare you to help your child heal from pornography exposure or use. EXTRA BONUS includes Teen Shares 7 Tips for Overcoming Pornography.

Good Pictures Bad Pictures is a comfortable, read-aloud story about a mom and dad who teach their child what pornography is, why it’s dangerous, and how to reject it.

The 5-point CAN DO Plan™ has been used by thousands of families to protect their children against the pull of pornography.

$30 for both! Limited Time Only

How to Talk to Your Kids About Pornography

Never before has it been so easy to talk with your children or teens about tough topics. Whether they are 8 or 18, you will have worthwhile, relevant discussions that help protect and prepare your kids! Because exposure to pornography is inevitable, it is necessary to prepare our kids for that exposure.

We have provided critical information and great discussion questions that will foster productive and meaningful conversations between you and your kids. Look at these discussions as an opportunity to connect. As you become more comfortable and gain confidence in discussing these tough topics, your kids will be able to ask you deeper questions and share more personal thoughts and experiences with you.

By Educate and Empower Kids

The video clips below provide great information for parents, along with helpful conversation starters. We recommend watching them first, to identify those best suited to your child’s development and needs.

Prostitution Narratives: Stories of Survival in the Sex Trade

For too long the global sex industry and its vested interests have dominated the prostitution debate repeating the same old line that sex work is just like any job. In large sections of the media, academia, public policy, Government and the law, the sex industry has had its way. Little is said of the damage, violation, suffering, and torment of prostitution on the body and the mind, nor of the deaths, suicides and murders that are routine in the sex industry.

Prostitution Narratives: Stories of Survival in the Sex Trade refutes the lies and debunks the myths spread by the industry through the lived experiences of women who have survived prostitution. These disturbing stories give voice to formerly prostituted women who explain why they entered the sex trade. They bravely and courageously recount their intimate experiences of harm and humiliation at the hands of sex buyers, pimps and traffickers and reveal their escape and emergence as survivors.

Edited by Caroline Norma and Melinda Tankard Reist, Prostitution Narratives documents the reality of prostitution revealing the cost to the lives of women and girls.

Prostitution Narratives: Stories of Survival in the Sex Trade will strengthen and support the global campaign to abolish prostitution, provide solidarity and solace to those who bear its scars and hopefully help women and girls exit this dehumanising industry.

Fight the New Drug exists to provide individuals the opportunity to make an informed decision regarding pornography by raising awareness on its harmful effects using only science, facts, and personal accounts.
View Site

X3watch gives people a tool that will help them grow, because ultimately that is what accountability is all about. It's aim is to remove the negative stigma that is traditionally associated with accountability by reframing it for what it truly is: a positive motivating force.

Pornography is a major contributor to sexual addiction, which in recent times has escalated due to the availability of pornography on the internet. It is commonly acknowledged that the use of pornography is addictive. As with drug users, those who use pornography repeatedly, seek more and more deviant materials to maintain their previous level of sexual arousal.
DrugRehab.com provides extensive information on the causes and signs of addiction, as well as different kinds of recovery options.
View Site

The Parents of Tweens Course guides parents through topics that provide skills to build your child’s resilience and resistance to hypersexualised culture and the impacts of pornography. Aimed at parents of kids aged 9 to 12 years old, this course is divided into 5 sections and 13 modules. Take as long as you like, and learn at your own pace.
Get Started Now

Have you or someone you love been impacted by the creation or consumption of pornography? Sharing your story can make a difference in educating the public and policymakers. Stories submitted to ACFFP will be shared across a number of platforms anonymously unless otherwise advised. Please submit your story via this form or email below.
Submit Your Story Form

Send Us A Message